A Bit About The Owner:

Every day, long before the sun rises, Al Zappitelli arrives at work at 5:30 a.m. He rolls up his sleeves and gets to work, chopping up fresh vegetables, getting his Niagara Falls restaurant’s signature sauce simmering, and prepping for his cooks who will arrive at 11 a.m. 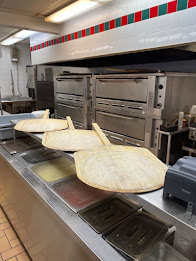 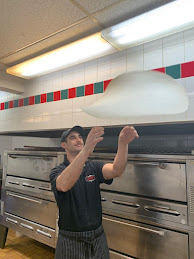 They're long days, involving hard work, but the second-generation restauranteur wouldn't have it any other way.

“I love it; I love my job,” said the owner of Zappi’s Pizza and Pasta, a name that for generations of locals and tourists, has conjured up images of hearth-baked pizzas and Italian dishes, such as chicken and veal parmigiana and eggplant lasagna. 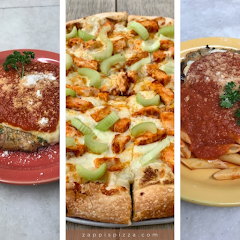 The Beginning of a Niagara Institution:

A half century ago, in 1971, his parents Tony and Connie Zappitelli opened the first Zappi’s as a takeout shop on Dunn Street at Drummond Road. 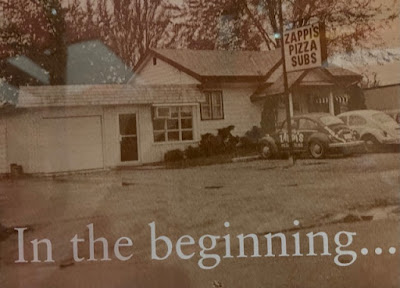 “They opened it in the garage of our house,” said Zappitelli.

His parents bought what is today the Casa Mia Ristorante in Stamford Centre, moved Zappi’s to what is now Mick and Angelo’s on Lundy’s Lane, then bought the Napoli restaurant on Stanley Avenue, and expanded to restaurant locations in Welland and Ridgeway. 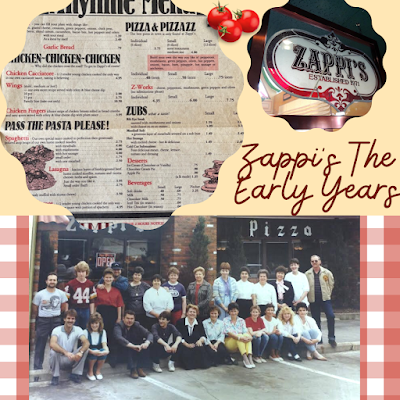 In 1986, they sold their restaurant empire to a businessperson, and Tony became a developer.

Zappitelli, who grew up working in his parents’ restaurant kitchens, said locals and tourists alike continually approached his parents to tell them how much they missed the food and the memories they had eating at Zappi’s. That, plus the potential he saw in what would become the booming Fallsview tourist district, led Zappitelli to revive the name when he opened Zappi’s Pizza and Pasta at 6663 Stanley Ave. in 2002.

“There was only one hotel then,” he said. “There were ditches on the road.”

The day that he opened, the city announced a major reconstruction of Stanley Avenue. “It shut me down for almost a year,” said Zappitelli. “It almost broke me, but we watched everything grow around us.”

Zappi's is All About Community.

While the restaurant naturally caters to many tourists, being in an upscale tourist district, Zappitelli makes a point of emphasizing local patrons, too.

“We really, really stayed with the community as much as we could,” he said. “My base was always community.”

“We could easily turn into a tourist restaurant, but locals are year-round; they’re your bread and butter,” he said. “It’s wonderful to see the locals and tourists react with each other. I love the people.” 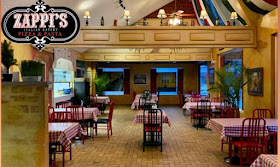 Zappi’s boasts a fun family atmosphere, plenty of space for all the kids, and great pizza pies. Zappi’s famous pizzas are loaded with sauce and cheese and generously sprinkled with toppings. They also serve classic Italian dishes such as calzones, a variety of pasta dishes and delicious subs.

Popular posts from this blog

Food for Thought: The Zappi's Menu 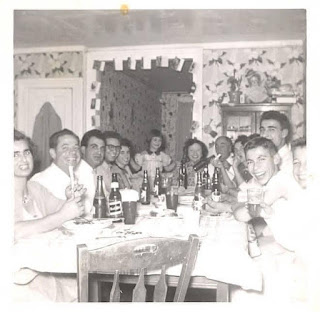 Food and Family: A Zappi's Tradition For Al Zappitelli, owner of Zappi's Pizza & Pasta , Italian food is more than just cuisine, it's a way of life.  Zappi's famous signature dishes carry with them pieces of Al's memories of childhood and his treasured heritage, which are as familiar to him as the traditional Italian recipes he has been recreating for the past five decades.  Each item on the Zappi's menu has an origin story which revolve around the core of what Zappi's is all about: Family.  The Zappitelli Family In the Zappitelli family, food has always been a family affair.  Whether it was watching his Aunt Lucy prepping her famous stuffed mushrooms at her kitchen table, or coming home from school to prepare his father's highly secretive pizza dough recipe, Al's connection to his family is indisputable. His childhood is as embedded into the rich tapestry of Zappi's as much as Zappi's itself has become intrinsically woven to the local cu
Read more

From Our Family to Yours 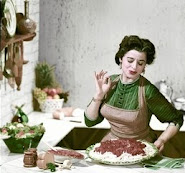 One quality that has become synonymous with Zappi's Pizza & Pasta  is an ongoing commitment to foster healthy relationships with the Niagara community and its families. According to the latest census, there are over 20,000 families in Niagara Falls, which is a large market in an area with only a handful of designated family-friendly restaurants. In an article published by Food & Drink Magazine in May 2020, Zappi's was listed as one of Niagara's top five family-friendly restaurants in Niagara. Read more  here . Why is family so important to us?  As the owner of this second generation family-run business, Al Zappitelli understands firsthand the importance of making time for family.  "Family is built into the heart of everything we do." says Al. "We want people to relax and really enjoy time with their family without feeling rushed." Getting in Touch with Old World Values: The Zappitelli family: Santa Lucia, Italy A few years after Al had reopened
Read more